among the ruins > Xochicalco

Xochicalco means “Place of the House of Flowers”

Located about 25 miles from Cuernavaca.

“The area around Xochicalco was first occupied in the Middle Preclassic period, when a couple of small agricultural settlements existed. In the late Preclassic and Early Classic the population increased, and more settlements were occupied.

Xochicalco’s apogee came in the Late Classic, from AD 650 to 900, and during that time most of the site’s monumental architecture was constructed. It is estimated that Xochicalco had a population of 10,000 to 20,000 in its heyday.

Around AD 900, the urban nucleus was destroyed and became practically uninhabited. Between 1250 and 1420, a nucleated population was again at the site, and then it was conquered by the Aztecs.

Xochicalco exerted its own influence upon Mesoamerica for years. This is evident in the sculptural style of the Toltecs and even, in a few instances, in sculpture from as late as the Aztec period. Xochicalco is sometimes thought of as a connecting link between Classic Teotihuacan and Postclassic Tula, with which it was partly contemporaneous. ‘  –  –  –  Joyce Kelly 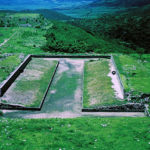 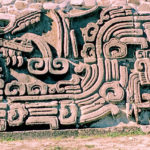 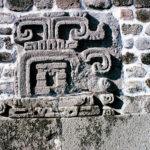 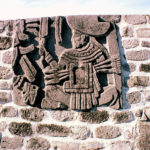 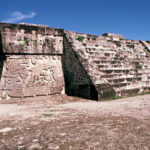 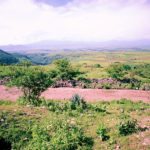 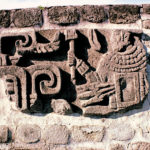 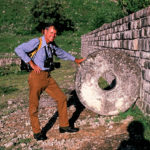 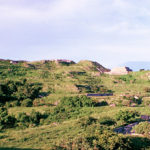 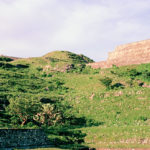 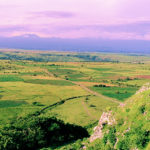 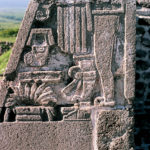 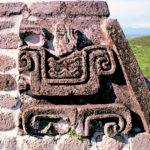 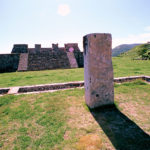 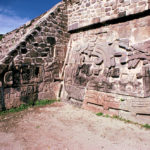 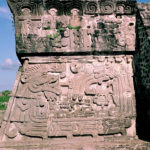 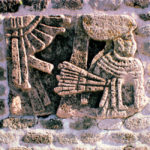 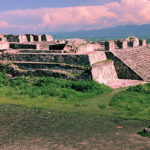 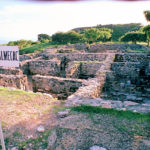 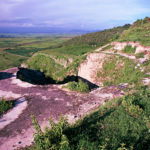 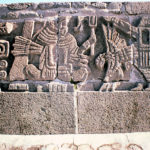 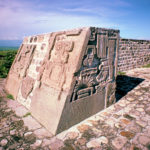 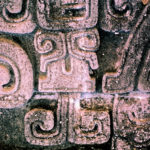 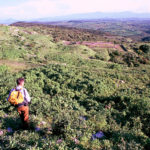 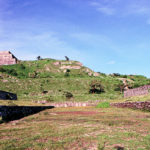 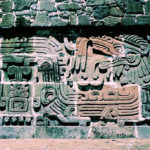 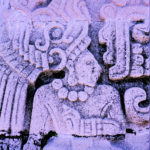 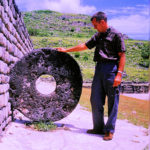 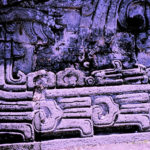