among the ruins > Tulum

Maya for “City of the Dawn” 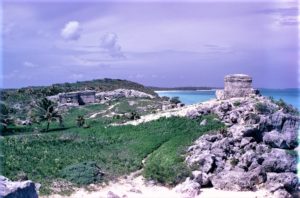 “One of the most impressive features of Tulum is its exquisite setting. It is perched on a cliff above the turquoise waters of the Caribbean and is surrounded on three sides by a wall.

It was long thought that the wall was a defensive feature, and perhaps it was, though E. Wyllys Andrews IV make the point that the construction may have been more symbolic than tactically defensive. The wall has five entrances, one of which is used today as access to the site, and it encloses about 16 acres. It averages 18 feet thick and 9 to 15 feet high.

One puzzling factor at Tulum was the discovery of Stela 1, dated to AD 564. This date is several hundred years earlier than the structures at the site, and that much earlier than the ceramic evidence would indicate. It was long postulated that the stela was moved to Tulum from some other site. Andrews feels that it is almost certain that it came from the nearby site of Tancah, whose history goes back to the Classic period.”  –  –  –  Joyce Kelly 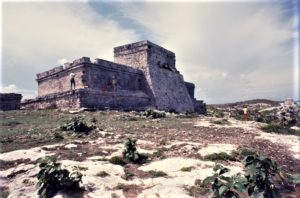 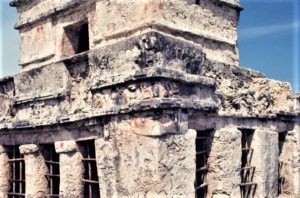 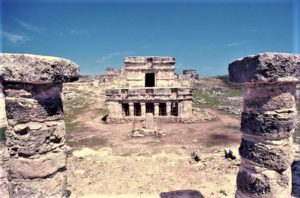 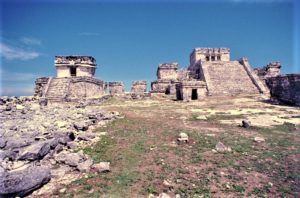 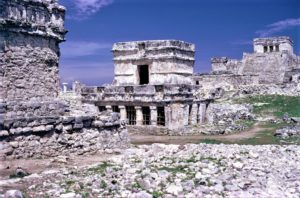 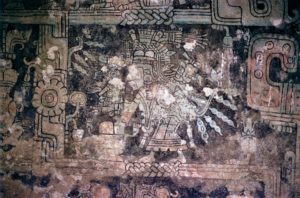 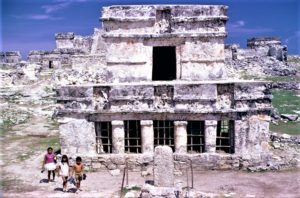 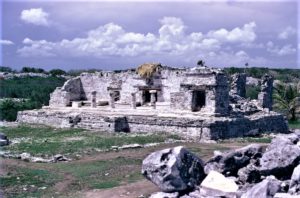 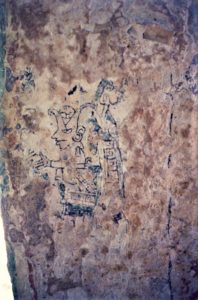