among the ruins > Teotihuacan

Nahuatl for “Place of the Gods” 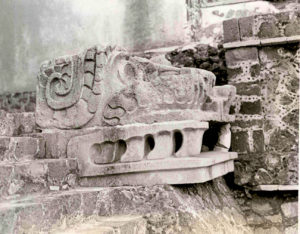 “Teotihuacan is one of the largest, most visited, and easily accessible sites in Mexico. Teotihuacan was occupied from around 150 BC and experienced fantastic growth. By the years from AD 1 to 150, it had an estimated population of 30,000. It was during this time that the Pyramids of the Sun and Moon were constructed. By 150, Cuicuilco, the earlier dominant center of the Valley of Mexico, had been eclipsed by the young giant, Teotihuacan.

The city’s growth continued until it reached a population peak of around 85,000 (some say as many as 200,000) sometime during between 450 and 600, making it the sixth largest city in the contemporaneous world. It covered an area of around 13 square miles.

After AD 650, the population declined somewhat, and the city was destroyed perhaps around 750. Who was responsible for the destruction is unknown, although several theories have been proposed. After this the bulk of the population departed; only some 2,000 to 5,000 people remained. Teotihuacan was never entirely unoccupied, nor was it completely forgotten.

The Aztecs revered it as a holy city and also believed it was a burial place. It is their names sfor the site and some of the structures that are used today. The great Moctezuma is said to have made pilgrimages there.”  ~  ~  Joyce Kelly 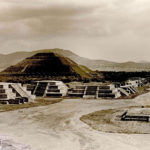 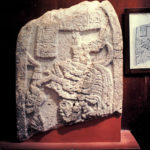 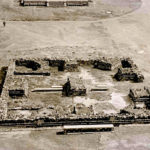 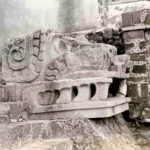 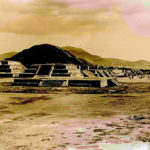 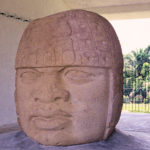 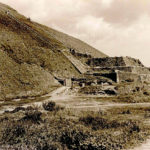 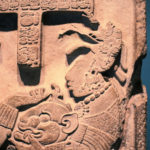 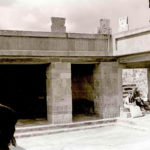 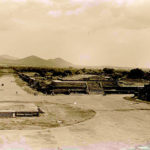 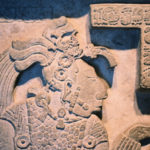 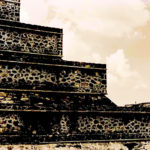 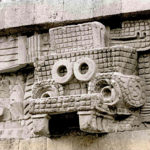 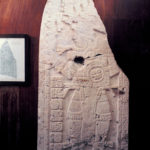 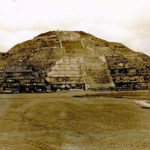 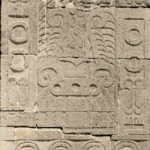 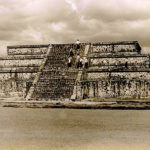 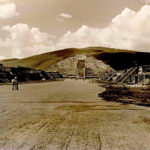 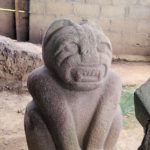 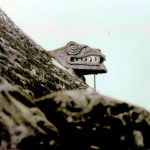 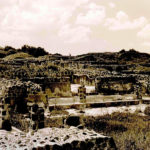 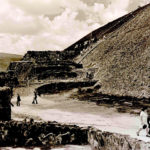